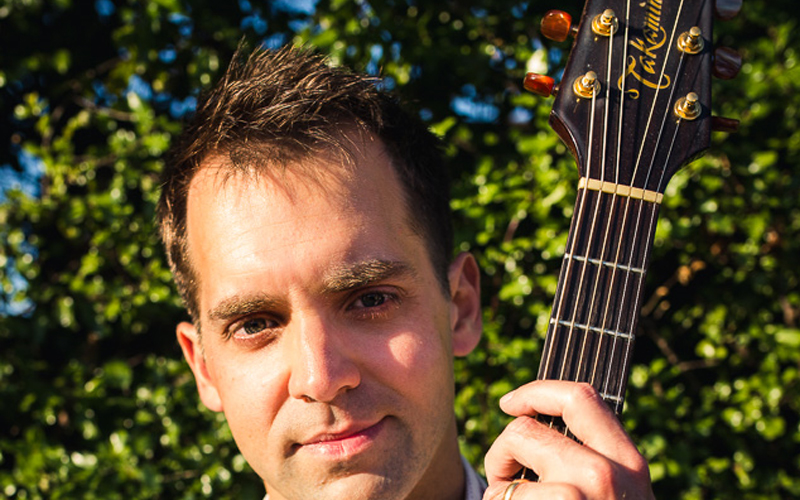 John is a singer / guitarist who has been entertaining local crowds since 1998. As the frontman of popular cover band "Jibberish", John is well known around Geelong and the Surf Coast. He has performed at hundreds of weddings, engagements, birthdays, school graduations, work break-ups, pubs and fundraising events.

His extensive repertoire means he can cater for any function - from small, intimate soirees to larger rockshows and party functions. John uses a percussive stompbox to provide beats for his music and he's also known to  dabble with loop pedals and other effects. He does not use backing tracks.

John also has a background in TV drama and has appeared on many shows, including a small recurring role on "Neighbours". His career musical highlights include performing a gig while on holiday in South Africa, supporting  Daryl Braithwaite, and bringing in the New Year on the Lorne foreshore to thousands of people which was screened on the ABC.

Please have a listen to John's audio demo, which is a collection of five songs by Powderfinger, Paul Simon, Green Day, Queen and Snow Patrol.